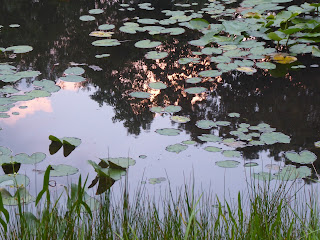 What a confusing parable! The fact that it is confusing seems to be the one point of agreement from all the various expositors of today’s lectionary reading (Luke 16: 1-13).

The story is a strange and unsettling one. On first reading it feels wrong. The parable focuses on a rich landowner and his manager. As was the custom of the day, the manager (or steward) stood between the landowners and the peasant farmers and tenants. The manager negotiated the sale of oil, wheat and other goods plus collecting the rents. Managers were in a privileged position. It was customary for the manager to add a little interest to each bill for personal gain. As long as the landowner continued to get wealthy, they tended to ignore this practice. The custom of adding interest was commonplace although was spoken against in several places in the Jewish scriptures (example Leviticus 25: 36-38).

Of course, in all these transactions the people who suffered were the tenants and peasant farmers — they were voiceless and powerless.

Yet, the manager too was in precarious position depending completely on staying in favour with the landowner. Although he enjoyed the benefits of additional finances it may not have felt a secure lifestyle.

I want to interject here with a comment which I have made many times before. I feel it is important to keep in mind when interpreting—or trying to interpret—parables. Don’t assign God or Jesus as the principle character. Simply understand parables as little stories told as illustrations of point, albeit sometimes an obscure point. If one assigns roles it often leads to complications when the leading character exhibits traits one would rather not associate with God. This parable is a wonderful example of that. If all parables are seen as containing veiled references to God, then right at the outset problems would occur in this one. If God is assumed to be the rich landowner, then God is getting wealthy by exploiting the poor tenants. Personally, if I wanted to assign roles, I would prefer to subvert the parable and find God/Jesus in the peasant farmers and tenants who were powerless and voiceless.

Anyway, back to the story — the landowner told the manager that he was going to lose his position. There are no details given as to what prompted this, but I will make the assumption that dishonesty of some kinds involved.  The manager is later referred to as dishonest, which shouldn’t be confused with shrewd which is lauded. The manager reflects that he is unfit for other means of subsistence so makes an alternate plan. Immediately he met with all the debtors and lowered their bills.  He wanted to ensure he would be welcome in their homes in his altered circumstances. This is quite interesting, as he is starting to identify with and presume help from those previously exploited. Maybe the beginning of change.

Rather than being annoyed by this action the rich landowner commended his manager for acting shrewdly thus ensuring that he kept his position. It is a difficult story to understand, I doubt there is any one definitive understanding.
I am going to offer for perusal a couple of thoughts I had while reading the parable.

Firstly, whatever the reason it came about the main beneficiaries in the parable are the poor who had their bills lowered. I think it is important that this point is not lost. Whatever the motives the poor benefitted.

Maybe, the accusations of dishonesty served as a challenge to the manager. His lowering of the bills was presumably by removing the interest — the percentages given in the parable were the normal percentage charged for oil and wheat. Could the manager be showing a newfound compassion for the poor?

In turn, perhaps the manager challenged the landowner about his practices. Maybe it even served as a reminder of the law about interest which would leave no alternative but to commend the steward.

In the Gospel of Luke this parable is certainly grouped with those showing compassion for those who are oppressed. If I view the parable this way it can offer me a challenge for contemporary times. In what ways are the poor exploited?  Something well-worth pondering about in both the local and global arenas.

Secondly, I thought about the steward being commended for being shrewd. His shrewdness focused on planning for his future. I think this is a point worth noting. Certainly, I have met people who believe that it is wrong to plan for the future, trusting in God for provision for their older age. I have even heard people try to make others feel guilty about future financial plans they make, even to the point of seeing future planning as a lack of faith. Of course, I respect their personal views.

Yet this parable highly values responsible planning for future well-being. It is heralded as a very good thing. It is not a lack of faith. In the parable it is even rewarded. Provision for the future is well-worth thinking about.