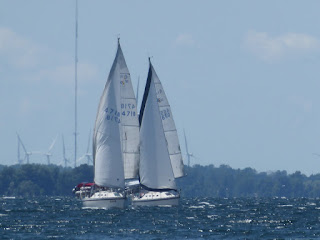 How people relate to each other is important. I suspect everyone has at some time or other met an unkind person, maybe even been wounded by their words. Or seen an unkind action towards a child, or a dog or a friend. It is not pleasant to witness. The media often highlights unkind deeds or words. So much so that if one hears about or sees an unkind act to another human or non-human it jars the psyche. It simply feels wrong.

Fortunately, there is also a lot of kindness in the world. Most people are kind to each other, to strangers in the street, to animals. Hearing or witnessing acts of kindness make people feel good about the world they live in.

Today’s lectionary reading illustrates an act of kindness. The story (Luke 13:1017) is about a woman who for eighteen years had been crippled, unable to stand up straight. Jesus spoke to her and healed her. She immediately stood upright and began praising God.

A good outcome, a woman healed and praising God. Surely all around should be rejoicing with her. After eighteen years she could stand up straight. Maybe her friends were all delighted but not everyone was.

The feminist in me can’t help but wonder if the response would have been the same if it had been a man healed. If one of their own had been the recipient of the healing and started praising God.  Would they too have been rejoicing?

However, back to the text. Jesus responded by calling them hypocrites. Religion could not be used to justify unkindness. That thought alone causes me to reflect on all the times I have heard religion used to be unkind to someone who may believe or live a little differently. Right here, in today’s text, that thinking is condemned. Kindness matters.

Jesus reminded those opposing the healing that each of them was kind to their donkeys and oxen. Freeing them to walk and drink water on the sabbath. Was this women’s bondage less important?

Happily, in this tale, the opponents in the crowd received the condemnation and joined in the rejoicing.

So, kindness matters. Jesus healed on the sabbath day. One could say that kindness was more important than pushing that law to extremes. Of course, I’m not advocating a Robin Hood type laying aside of laws and going out robbing the rich to feed the poor!  But sometimes, one needs to set aside ones’ own routines, one’s own rules to show kindness.

One of the small (but important) sections in the State teaching for new foster carers is entitled “Unspoken Rules”. It is intended to illustrate that everyone has personal unspoken rules which often need to be set aside to show kindness. Often, they are not recognized as rules until exposed as such. One of the mild examples illustrating this is seating — chairs around the dining table or around the television set. Often people have their own preferred seat. I know Andy and I nearly always sit in the same spot. It is an unspoken rule that Andy always goes to the end of the sofa near the window! A teenager or child, new to the household, may be told sit anywhere but could face unspoken antagonism if they picked someone else’s seat. The message is seating is unimportant. Our unspoken —unrevealed—rules are unimportant.  Kindness matters.

Maybe there is an outing planned for the day. Just as the search for the car keys begins there is a knock at the door. A friend stands there, “I’m sorry to interrupt but I’ve had an awful morning.” Immediately, plans for the outing are abandoned, the friend invited in and the kettle put on. Kindness matters.

I think the reading today illustrates this very important point. It is a rule to build one’s life on. Kindness matters.