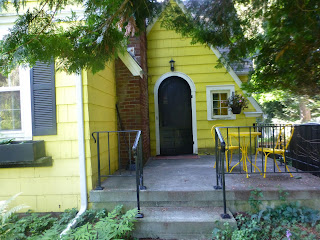 This week the Gospel lectionary passage (Mark 9:30-37) has multiple themes. In the Gospel of Mark by this time the journey to the cross has already begun.

This text starts with talking about betrayal, death, resurrection and fear. All these are interesting themes that could be explored further­– but not for today.

Then the text moves to the disciples arguing about who is the greatest of them. I pondered what is it in human nature that wants to be the best even at the expense of others? Here was a group of people who were privileged to be travelling with Jesus. The text tells us Jesus was teaching them. They were probably privy to conversations we have no knowledge of, yet there were still petty jealousies and unhealthy competition.

They clearly knew that their conversation was wrong. When Jesus questioned them about the topic of their discussion they were silent. That is a sure sign they were uncomfortable and embarrassed. It didn’t really matter, Jesus was aware of the nature of the conversation.

Jesus told them that if they wanted to be “first” they had to be “a servant of all”. This is a recurring theme in the gospels. The thing that is most important is service to others, especially those who are marginalized or disadvantaged in some way.

Jesus illustrates this by taking a child and saying, “Whoever welcomes one such child in my name welcomes me.”

This was the phrase that stood out to me this week. Perhaps, it is because this week we have been in conversation with the editor about the subtitle and cover design for our upcoming book. Welcoming Strangers: Nonviolent Re-Parenting of Children in Foster Care. As the title suggests this is about inviting children and teens into our home and welcoming them. Not always as simple as it sounds!

To attempt to understand this text in the context of the gospel it is necessary to look at the different way children were thought of in the first century. In contemporary culture we often hear about the need to put children first. Their needs, and sometimes wants, are catered to. This happens even when it is difficult for the parents either physically or financially.

However, in Roman times children were seen purely as property. They had no rights (along with the women). They were considered of no importance although sons were desired to continue the family line. One custom of the time was that when a baby was born it was placed on the floor by the midwife and if the father picked it up it was accepted into the family, if the father turned away the baby was discarded (http://www.pbs.org/empires/romans/empire/family.html).

In view of this custom I think it is really important that Jesus “Took a little child and put it among them; and taking it in his arms …” By taking the child in his arms he was accepting and welcoming the child to the family. I doubt if the significance of this action would be lost on the disciples. Of course, even within those times the treatment of children varied greatly depending on their social status.

So when Jesus chose a child to illustrate his point he was choosing someone (or even we could say something) that was very low on the social order.

Today we could choose different words to show the lowest in social order. I want to note here that it is appalling that I even have to consider that in the twenty-first century, in our society, we still have people who are marginalized or considered outcasts.

I’ll leave you to fill in the blanks, “Whoever welcomes one such ******* in my name welcomes me.”

The words we put in the blanks are those we need to serve and advocate for.

Then, let’s push the concept a little farther, make it a little more personal. Think of people who have wronged you, caused you harm in some way or done things that upset you.

Now fill in the blank with a name “Whoever welcomes ******* in my name welcomes me.”

I am the first to admit this is a really hard thing to do. Following the teaching of Jesus is not easy. I think this is perhaps another of those things that we strive for. It is an ideal that we try to journey towards. Enjoy the journey!