A Culture of Violence 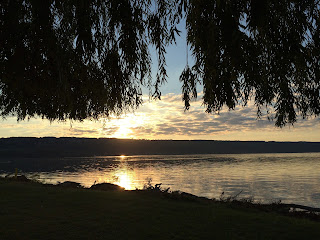 This week, once again, the main topic on the news was violence. Sadly it was another shooting in a college where nine young people lost their lives and seven more were injured.

Their friends and relatives will be in our thoughts and prayers today. As a parent I can’t even begin to imagine what it must feel like to get the news that your child is dead in a place where they are supposed to be happy, safe, and preparing for their future. A future, that in a brief moment, was stolen from them.

CNN gave the latest figures which were issued by the Center for Disease Control and Prevention. They record that between 2001 and 2013, 406,496 people died as a result of a gunshot. According to the State Department figures in that same time period 3,030 were killed as a result of domestic terrorism.

Of course, statistically the mass shootings account for a small portion of those killed, most of the deaths are the result of a single shot. Nevertheless, this level of violence is unacceptable.

In his speech in the aftermath of the shooting Obama commented that it was becoming routine, that as a nation we have become numb to gun violence. According to CNN it was his fifteenth speech as a response to mass killing by gun violence in the few years he has been president.

As always happens after a mass shooting there is lots of talk about the need for gun control. Charts showing the number of gun deaths in the US are compared with other nations where guns are not allowed. In my opinion the statistics speak for themselves but I have also read comments of people who believe guns should still be allowed. There is a lot of fear over the thought of guns being banned. That raises another interesting question does a culture of violence produce a culture of fear?

I hear excuses for the violence in references to mental health and upbringing. Maybe they could be contributing factors but I have all my working life, in two different countries, worked with children who have had a rough start in life and people with mental illness. Most of them don’t shoot people!

To me, it feels like violence is a poison running through the veins of society. Violence is thought of as the solution to many problems. We live in a culture of violence.

That is the message being given to our young people. That is the message they are surrounded by, immersed in. I can’t tell you how many times I have seen a young child, even a toddler, misbehaving and heard the response from other onlookers “he or she just needs a good slap.” There is the message . . . violence will solve the problem.
TV, video games, social media all show violence. We have talked before about the myth of redemptive violence, seen often in movies where at the end there is a huge battle, lots of life lost, lots of violence but the good guys triumph. Even children’s movies for example Harry Potter have the same themes.

Last night Andy and I watched a film. A quick scene in it showed a group of teenagers in a car. One said something the others didn’t like. They all hit him! I noticed it, probably because I was thinking of violence. Yet it was supposed to be just a normal teenage response. It illustrated how immune we have become to violence. How commonplace it has become in our society.

As I ponder the question of gun violence my thoughts are mainly around how is culture changed. In the gospel reading today Jesus is talking about the need to change attitudes. In Jesus case he is trying to change attitudes to how women, divorce and children are treated. There is still the need for continual change in those areas today but I want to stick with pondering on how attitudes to violence can be changed. Not that I have answers to offer but I am trying to raise the awareness of the amount of violence in our society for consideration.

I am currently finishing my dissertation. I am getting up at 5:00 to write for an hour or so before work. The subject is an aspect of violence, corporal punishment, in public schools. The statistics are horrifying for both the level of violence and the harm caused by it. Once again there is a message being given to the nation’s children. Violence is the solution.

So while I wholehearted support the need for gun control I think the problem is far deeper. I think somehow the message that violence is the answer needs to be reversed. To change a culture is really difficult. To change thinking that has been ingrained for centuries is hard to do. Change is rarely quick or easy but it is possible. Look how far this nation has come. Look at slavery, look at child labour laws, look at treatment of women, look at attitudes to gay marriage, lots of examples could be given. None are perfect yet but slowly the culture is changing. Perhaps violence, and guns, will be the next thing to be tackled. I hope so.
Posted by Jane at 1:25 PM