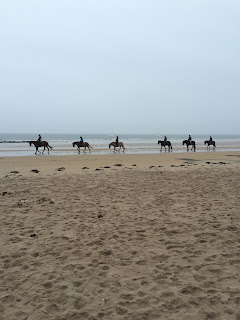 Today’s lectionary passage is Mark 7:24-37. This passage contains two stories. These are the story of the woman who is described as a “Gentile of Syrophoenician origin” and the story of the man who could not hear or speak.

I have blogged much about the former of these stories. I think it is a really important one. This Syrophoenician woman came to Jesus to seek healing for her daughter. Initially Jesus’ response was harsh, “It is not fair to take the children’s food and throw it to the dogs.”

I have heard many attempts to mediate this phrase. There are suggestions such as Jesus didn’t really mean it and it was only said to test the faith of the woman. Personally, I don’t like the idea that unpalatable passages are explained away. Sometimes things in the Bible are simply not good and we need to accept and deal with that. I think Jesus’ response here was one of those times. Jesus was focused on his mission to the Jewish people and treated the Syrophoenician woman with contempt.

However, this Syrophoenician woman was not cowed. She challenged the narrowness of that mission. “Sir, even the dogs under the table eat the children’s crumbs.” She found her voice to speak for her child. In doing so something amazing happened.  She opened Jesus eyes that the message of healing and wholeness was for everyone.

God used this unnamed woman to reveal to Jesus that the ministry and message was available for all. Thankfully, Jesus had ears to hear the message. The woman found her voice to speak the message of inclusion for future generations. This was a turning point in history. The message became all are welcomed and received.

I also find it quite poignant that this story is featured this weekend. A Syrophoenician was “a native or inhabitant of Phoenicia when it was part of the Roman province of Syria” (Merriam-Webster). So the woman was from Syria.

Syria has been much in the news this week with the refugee crisis. The refugees, too, found voice this week in one photograph of one small boy. It is my hope and prayer that the nations of the world will hear and respond. Perhaps, this little boy from Syria will also speak the message of inclusion for future generations. Perhaps this will be another turning point in history about how refugees are treated. Perhaps, one day, they too will hear the message that all are welcomed and received.

However, the lectionary passage doesn’t end there. It is as if the message of finding a voice needs to be emphasized. The writer of the gospel does it with the story of the man who could not hear or speak. He was brought to Jesus for healing and “his ears were opened, his tongue was released, and he spoke plainly.” Other people brought this man to Jesus.

So as I read the passage today, the thing that linked the two stories was that these people both found voice. Both were people who would have had no significance in their contemporary culture, even, both would have been considered outcasts. One found voice to speak for another and one was helped by others to find voice.

This week we have talked a lot about how we can be Christ-like to those we meet and, even, what it would mean to be Christ-like. Perhaps there is a hint in this passage. We can be a voice against injustice for those who are outcasts and rejected by society and we can help those who need to find a voice speak out.
Posted by Jane at 2:52 PM