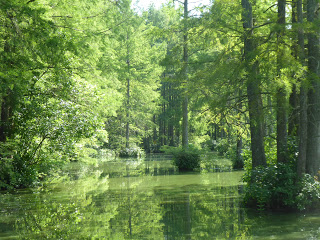 The lectionary reading today is another complex parable (Matthew 21:33-46). I have blogged about it before and probably will again in the future — it seems the older I get, the shorter the three-year lectionary cycle seems!

The parable doesn’t make great reading. It is full of violence, hatred, greed, discontentment, disregard for human life and sadness.

The first thing I’m going to say about this parable is something many will have heard me say before. It is a drum I keep banging as I think it is important. When reading parables just look for the punchline, the message being put out there. Resist the temptation to assign roles to the characters. I believe that is always a mistake. If roles are allocated to the various players, then the text often has to be twisted as characteristics that are unfavourable are lauded.

This particular parable is the story of a person who bought land, fenced it in, built a winepress and a watchtower. After the vineyard was leased to tenants the owner left, probably to continue his business exploits elsewhere. I imagine this was a familiar model to the audience of the time.

Indeed, it is a model that is reflected in contemporary times in big business. Owners have multiple investments, they put managers in to run them and scoop up the profits as a return on their investments. Often with this model of business enormous profits are made while workers toil for a pittance — the lower on the hierarchical chain the workers are the less money is earned. As this parable is explored it is worth thinking through a contemporary example as it helps to ground it.

Back to the text — in the story when the time of the harvest arrived the landowner sent his slaves to collect the produce. The tenants seized them, stoned them and killed them (35). The story does not reveal why the tenants did not want to turn over the harvest. It raises a number of questions:

Were they starving or likely to starve through the winter months?

Were their families starving?

Did they feel the return on their work was unjust?

Was the landowner demanding more than agreed?

Why turn on the slaves who were themselves in an unenviable position?

Anyway, a second set of slaves sent to take the harvest. The same violent treatment was afforded to them. Finally, the landowner sent his son anticipating (or hoping) that he would be respected. Not so — he also was seized and killed.(39). The landowner would then put the tenants to death and start again with new tenants who he hoped would give him the harvest.

So, I want to return again to why it would be difficult to assign roles in this parable. I have heard the landowner sometimes equated to God. A male God who kept slaves and, possibly, treated his workers unjustly. In addition, God would be portrayed as vengeful thus “putting the wretches to a miserable death” (41). Personally, I don’t think that is an acceptable image of God. Maybe one could argue it is an Old Testament image, but the gospels and epistles have tended to change the image of God from violent to loving, a view which has increased in contemporary times. I don’t want a God whose violent image is affirmed.

Furthermore, roles would then have to be assigned to the tenants, the servants, the son, even the new tenants. The most common interpretation says the tenants are the Sadducees and Pharisees, the servants are the old prophets and the son obviously Jesus. Maybe the new tenants Christians? I would also want to reject this. I dislike the anti-Semitic emphasis it would bring to the text as the tenants killed the slaves and the son.

So, that leaves me with a story that has no winners, only losers. There is no satisfactory ending. The landowner lost profits, slaves and a son. The slaves and the son lost their lives. The tenants lost their vineyard then their lives. No solution is given in the parable. I don’t have any great interpretation or profound thoughts. Much of it just leaves me feeling it is another unpleasant and disturbing parable.

Perhaps, this is simply a story to illustrate that a time of change was coming. It reflects the unrest and injustices in the society of the day. And change always starts with those who see injustices and are bold enough to stand against them. It has happened with every generation. Hopefully, as this story is read it will show the futility of trying to bring change through violence. With violence there are no winners, only losers.