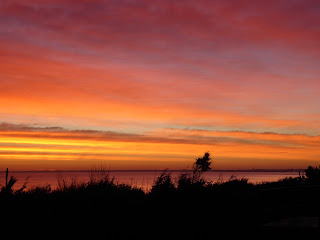 Today many in America will be mourning the loss of Justice Ruth Bader Ginsburg who died on Friday (September 18). The timing of her death had great significance in the Jewish tradition which she embraced. Ginsburg died Friday evening, her death occurred around the time Shabbat, the Jewish Sabbath, began. Rabbi Andrea London of Beth Emet synagogue in Evanston, Illinois explains, “If one dies on any Shabbat they are considered a Tzadik … more so when it’s on the new year,”

A tzaddik is a person known for righteous deeds. In early Hasidic writings a tzaddik is a channel through which divined blessing flows to others. It is an apt description. RBG, as she was affectionately known, worked unceasingly for the Other. Women everywhere owe her a great debt of gratitude. She co-founded the Women’s Rights Project at the ACLU saying, "Women's rights are an essential part of the overall human rights agenda, trained on the equal dignity and ability to live in freedom all people should enjoy."

Throughout her life she continued to champion the rights of women and minorities. Always seeking justice for the Other. She is a sad loss. There are many political ramifications of her death in an election year which will cause anxiety and uncertainty in many people. These will be addressed countless times in the upcoming weeks.

But today is a time to remember with gratitude all that she achieved in her life which changed the lives of so many others for the better.

It is timely then that our gospel reading today is about justice (Matthew 20: 1-16). It is another story told to illustrate the Realm of Heaven which I think is not some futuristic realm but happening right now.

The story is of a landowner who needs workers for his vineyard. Early in the morning he goes out and hires some workers for the normal and presumably fair wage for the day’s work. One assumes they were happy to accept the job at that rate. Later the landowner went back to the marketplace several times — 9:00, noon, 3:00 and 5:00 — each time he saw other workers standing about idle and he hired them also.

At 6:00 he went to pay them, he started with the ones who had only worked an hour giving them a full day’s pay. All the workers received the same amount. Those who had worked the longest — perhaps twelve hours— rose up and objected. I’m sure they were saying, “It’s not fair!”

The landowner pointed out that he had not wronged them as they had been paid the agreed amount. That he could choose to distribute his money to others as he saw fit.

If we are honest it is a hard story to read. I’m sure if I had been there I might have joined in the cry of, “It’s not fair.”

In contemporary times similar things do happen. Someone takes a job for an agreed salary which seems great at the time. Ten years later a new, less experienced person is hired for the same job and because of raising salaries they may be earning more than the original employee who is still working hard after ten years. It’s not fair!

Yet, this text makes me pause and wonder why such feelings would be invoked. Is it jealousy? Is it discontent? Or is a feeling of being taken for granted? I think I’ll need to do a little more self-reflection here.

But ack to the story, I want to think for a moment about the people who didn’t get hired until 3:00 or 5:00. The passage doesn’t mention why they didn’t get a job — maybe they were old, or weak, or women, or not in the best of health. The only thing I can deduce is that they were desperate. Why else would they stand in the marketplace for many hours hoping for work?

Fairness is not sameness — giving everyone the same. As a simplistic illustration it would not be fair to give every person the same amount of food. No, a teenager needs more than a baby! Fairness is more about giving each person what they need to succeed. Sometimes I like to think about it as an old-fashioned pair of scales where all the weight has been on one side and more weight needs to be added to one side to bring it into balance. That’s why I support Black Lives Matter, that why RBG fought for Women’s rights. Fairness matters.

This is what the realm of God (or Heaven) is about as illustrated by this story. The landowner in cared for those on the margins who had no work. Nobody was going hungry that night.
Posted by Jane at 1:04 PM