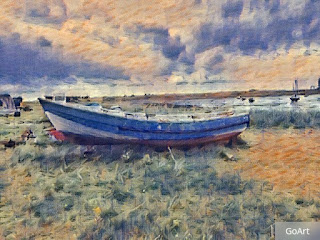 As I read through the two New Testament passages it was an interesting experience. Usually a theme from the gospel jumps out at me but not today. The text that caught my attention was one in the Epistle to the Romans.  So, as one does, I went into the hot tub to think about it.

The text that caught my attention was in part a quote from one of the gospels, yet the second phrase elaborates on the original.  The verses read, “Love your neighbour as yourself. Love does no wrong to a neighbour.” (Romans 13: 9b-10a)

Neighbour has been defined in the scripture as a person who cares and helps a person in need. As I perused this sentence I thought about those in need. This week the news has abounded with tales of those in need, with the insight of the gospel these are our neighbours.

My mind went first to the terrible hurricanes in Texas, Bangladesh, the Caribbean, Florida and   other areas which are leaving thousands homeless and in desperate need. Through social media I have watched many video clips of those loving their neighbours . . . even non-human neighbours. Organisations have poured people and resources into the area. Ordinary people have rescued others and helped each other in whatever way they can. Those out of the immediate area have responded with money and goods to send to those in need. People have opened their homes to receive those evacuated from the unsafe areas. There are pages on social media dedicated for residents in safer areas to offer space in their homes to welcome those in need.  It is always good to see such an outpouring of love.

Sadly, there has been some who have wronged their neighbour, taking advantage of the storm. One photograph showed a store in Houston selling packs of twelve bottles of one brand of water for $29:98 and a twenty-four pack of a different brand for $42:96. The store later apologized but it is sad that it happened in the first place. And, of course, there has been some looting although the authorities have worked hard to minimize it.

The other current story that came to mind as I thought through these verses was the move to repeal DACA. This story has weighed heavy on me all week. In the light of the lectionary passage I can only ask, “How can that be loving one’s neighbour?” Our daughter was twelve when we moved here. I doubt she could imagine living anywhere else now. This is where her home, her career and her friends are. I’m sure all those others who came to the USA as children feel the same regardless of immigration status.

Yet even in this situation, loving one’s neighbour has prevailed. There is strong and vocal opposition to the repeal of DACA. A poll yesterday showed that 76% of voters thought those known as Dreamers — undocumented immigrants who came as children — should be allowed to either become citizens or permanent residents. The result was across party lines. (http://www.politico.com/story/2017/09/05/poll-trump-deporting-daca-dreamers-242343)

Facebook profiles pictures were change to include the words “We stand with the Dreamers” or “We support DACA”. These people are our neighbours. They need our love and support.

The words of John Lennon’s famous, maybe even prophetic, song plays in my head —

“You may say I'm a dreamer
But I'm not the only one
I hope some day you'll join us
And the world will be as one.”

So in spite of the awful things I have seen in the media this week I feel hope, a lot of hope. Those who love neighbours outnumber those who would wrong neighbours and not just by a small margin.

“Imagine there's no countries
It isn't hard to do . . .
Imagine all the people living life in peace”

Maybe the world isn’t such a bad place!