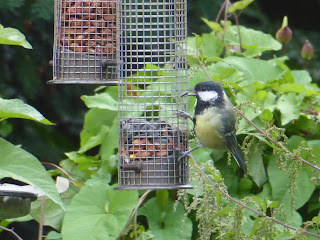 Generosity is one of the values of the community. The lectionary passage today is all about generosity. In the story (Matthew 20:1-16) a landowner went out to hire workers to work in the vineyard.

The process, at that time, was that people who wanted work gathered in the marketplace. Those requiring workers came and hired them.

I remember as a teenager doing the same thing. At school, we always got “potato-picking” week off. Many of the teens worked the week on the farms. Either a job was secured in advance or one went and stood at a certain place in the village where the farmers came to pick up teens. I was fortunate, a school friend lived on a farm so I had work with her. It was hard work, a tractor turned the soil and the group of teens followed on foot picking up the potatoes. At the end of the day we received our daily pay. I remember picking potatoes as fun but my sister got beetroots! Even today, almost 50 years later, she still hates beetroot.

Of, course, it isn’t really the same at all. We worked to get a bit of extra spending money. The people in today’s story were sustenance workers. They needed the wages to survive. It was to put food into the mouths of their children. These were amongst the lowest class in their culture. Being hired daily was the only thing that prevented them being beggars.

The landowner in today’s tale visited the market place several times, each time hiring additional workers. The last time was only an hour before the end of the work day.

As I think about the workers I wonder who was left at the end of the day? I can only surmise that it would be the weaker, older, possibly infirm people. I assume that when one is choosing workers one would look a little at physical appearance. Strong people who could do a good day’s work in far from ideal conditions would probably be chosen first. I can imagine those who were left were considered the dregs of society. Yet, they obviously had determination. They wanted to work. They had waited all day hoping to earn even a little bit.

Here the story twists and subverts. Many stories in the gospels are designed to do just that. Although we read through them without any surprise, I suspect they would send a ripple of shock through the listeners of the time. A gasp of horror as something outside the norm was advocated.

At the end of the day all the workers went to receive their pay. Those who had only worked for the last hour went first and received a full day’s pay. Not the one-twelfth which was probably expected. Imagine their delight, they could feed their families. No one would go hungry that day. What a generous landowner.

Each worker in turn received their pay. They all got the same amount. All could eat and survive another day. However, those who had worked a full day grumbled. They thought they should have more. Yet, they had been paid exactly what had been agreed. They hadn't been cheated at all. They would have been happy with their pay if they hadn't seen those who were more unfortunate getting the same.

They were jealous. Being jealous is not a pleasant trait. It leaves one feeling all discontent, unsettled and sometimes angry.

It made me wonder about jealousy and generosity.  I leave these as open questions to ponder this week.

I know many people who are amazingly generous. They are wonderful company. Their lives reflect their attitude of sharing and caring for others. I, also, have from time to time met those who are not so generous. Much harder to be around.

Generosity is included in the community’s understandings. The understandings are things to be aspired to, not those which have already attained. The introduction to the understandings describes them as “shining, precious gems, winsome, lovely, drawing us out of ourselves . . .” Number twelve reads,

“We are called to a generous, self-giving life. In order for that to happen, we try not to hoard our time, talents, money or gifts; developing the habit of giving things away. In the Lindisfarne Community we encourage members not to be limited by the tithe, but to be expansive in our thinking about generosity; listening to the gentle promptings of the Spirit. We are often surprised how giving God wants us to be.” (Way of Living, 20)