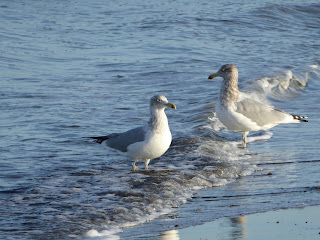 Today’s story is the tale of the resurrected Christ appearing on the side of the sea of Tiberius.  Some of the disciples are fishing they had not caught anything, but on the appearance of Christ miraculously their nets became full and overflowing. They row, or swim, ashore where they find the Christ cooking them breakfast. After they had eaten a conversation ensued where the disciple, Peter, is challenged to continue the work of Christ (John 21:1-19).

I think it is good to read the scriptures with a questioning mind. Sometimes the questions raised will be unanswerable but they will lead to good conversation and discussion as the thoughts are pursued. I don’t think we need definite answers, or definite interpretations, of each passage. It is sufficient that they provoke thoughts, thoughts which may help make sense of life’s journey. As the ideas are pondered they offer hope, encouragement, direction, stability, advice, love, spirituality, how to relate to others, how to care for those less fortunate, etc.

The first question that always comes to mind when I read this text is, “Why did the author of the gospel of John place this occurrence as a post-resurrection story?”

The synoptic gospels place this same story as the initial calling of the disciples (Luke 5:1-11, Matthew 4:18-22). Of course, some of the details are different as would be expected with stories that were an oral tradition for so many years. Yet, the core, the central story is the same. They all took place at the same sea, they all involved at least some of the same named characters, they all involved a miraculous catch of fish and they all ended with the disciples being commissioned.

This happens with quite a few of the gospel stories, the various authors place them in a different situation. I suggest that this is because they are using the stories to convey a message to their readership. If that is so, what is the message that the author of the Gospel of John is giving here?

I think the message would be one of hope and encouragement. The Gospel of John was written somewhere between 80-110 CE (scholars differ on timing). Regardless of exact dating it was a long time from the life and ministry of Jesus. If you are old enough, try thinking back to an event which happened fifty or more years ago! Time would make the event a little dim, others may recall it differently. The early church had thrived on the idea that the return of Jesus was imminent and that had not happened. Additionally, persecution had been intense. What was needed was hope re-kindled. I think placing this story post-resurrection would be a huge encouragement to those early followers.

A quick glance at the story reveals the humanness of the disciples. It is easy to see they were still a little lost and confused with the happenings of the previous weeks. The bottom had dropped out of their world. They returned to a place which was familiar to them. At Peter’s suggestion they went back to their old jobs! At this point, they didn’t try to continue the work of ministry, they reverted to old occupations. It was obviously a crossroads for Peter and the disciples. Many of those early readers may have been at a crossroads too. Did they go back to fishing? Did they forget the previous few years? Was that very special time over? Peter had taken a step that way when the figure on the bank was recognized as the Christ. Peter swam ashore.

The risen Christ fed them, certainly the wording gives at least a hint towards Eucharist. After eating there was a conversation which gave direction to Peter and the disciples. They continued in the work of ministry. This was the story, a key message for the early church under persecution. A reiteration of the message that they were cared for and loved, and affirmation that the work of Christ was ongoing.

I want to add, as we are largely a bi-vocational community, that I don’t think this story is saying that everyone should give up their work to pursue the work of Christ. This was a particular story, used to give a message to a community in need of hope and encourage, to let them know they were cared for and loved.

It is now a different time and a different culture. For many of our community the commitment is to be as Christ in the workplace and in our neighbourhoods. Yet, there is still that same need today. I hope that within our community the message of hope, encouragement, care and love can be conveyed and spill out to those around each of us.