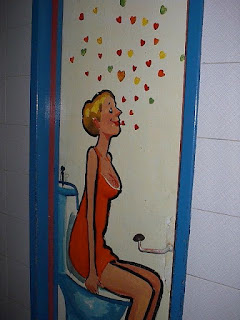 Yesterday, I watched a five-minute video clip which had been posted on Facebook. It was disturbing. So much so that I only watched the first minute or so then switched it off.

It was a male pastor calling for a boycott of Target (a nationwide chain store). His tone was full of bigotry and hatred. The offence that had been committed was that a statement from their corporate headquarters about bathrooms had been put out.

This is what Target said,

“In our stores, we demonstrate our commitment to an inclusive experience in many ways. Most relevant for the conversations currently underway, we welcome transgender team members and guests to use the restroom or fitting room facility that corresponds with their gender identity.”
(https://corporate.target.com/article/2016/04/target-stands-inclusivity)

The male pastor talked about opening the door to perverts. But listening to the bit I heard of his tirade, it seemed that he was unconcerned about those who are biologically female using a designated male restroom or fitting room. His concern was all about a biological male using a female bathroom. He seemed to think this was going to put everyone else in the restroom at risk of a sexual attack! 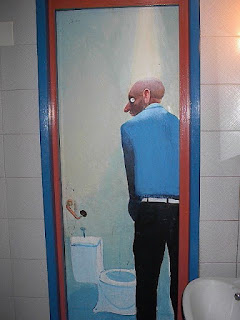 First a definition as in the various reports I have read and heard there seems to be a good deal of confusion about gender and sex. (Certainly, the above mentioned male pastor was confused about it.)

"Sex refers to the biological and physiological characteristics that define men and women. Gender refers to the socially constructed roles, behaviours, activities, and attributes that a given society considers appropriate for men and women." Oct 21, 2011 World Health Organisation

So second, a few facts about sexual abuse . . .

The next question that I needed to ask was how many sexual attacks were perpetrated by transgender people in restrooms?

In the U.S. the answer is zero. Brynn Tannehill writes:

“Over the 35 year history of NDO [Non-Discrimination Ordinances]s protecting transgender people all over the world, only one case of a person abusing an NDO and committing sexual assault (in Canada) has ever been found, even by those most interested in demonizing transgender people.”
(http://www.huffingtonpost.com/brynn-tannehill/debunking-bathroom-myths_b_8670438.html)

Of course, no one knows how anyone can police such a bill.

I would add that I can only think of two transgender people I know amongst my friends. But I may know more, to be quite honest I have never checked anyone’s biological sex! No that is a lie . . . I have done it three times, when each of my children was born over thirty years ago so pre-scans.

Personally, if I ever have to use a public restroom I go into a stall and lock the door! I am really very unaware of most of the other people in there apart from common curtesy demands.

So I wondered why the male pastor was so upset. What was the prejudice that caused such a strong reaction in the light of no evidence to back up his claims?

How is this sort of hatred generated? What is the obsession and fear associated with the male organ?

Then I read the lectionary passage. Sometimes, unbeknown to the compilers of the lectionary the verses they picked so many years ago are relevant to contemporary times and issues. Today was one of those days.

The passage in Acts was about the male organ! It was all about who was circumcised and who wasn’t. The story was that Peter was criticized for eating with uncircumcised believers (Acts 11:1-18). This was something the Jewish believers had avoided doing.

Peter explained how his prejudice was overcome. He had a heavenly vision which was repeated three times he saw a basket of animals, reptiles and birds which were unclean by Jewish law lowered to him. He was commanded to take them and eat them. He argued that they were unclean then a voice told him, “What God has made clean you shall not call profane.”

So today, as the bathroom debate continues to rage, this can be a message for us all. In the book of Acts, Peter talked about “them and us”. Is that still the case today?

Is there any person or group of people we call unclean? Are there reasons to exclude any? Or can we accept all people as being made in the image of God and afford them the respect that deserves?
Posted by Jane at 10:17 AM