It is still Christmas! 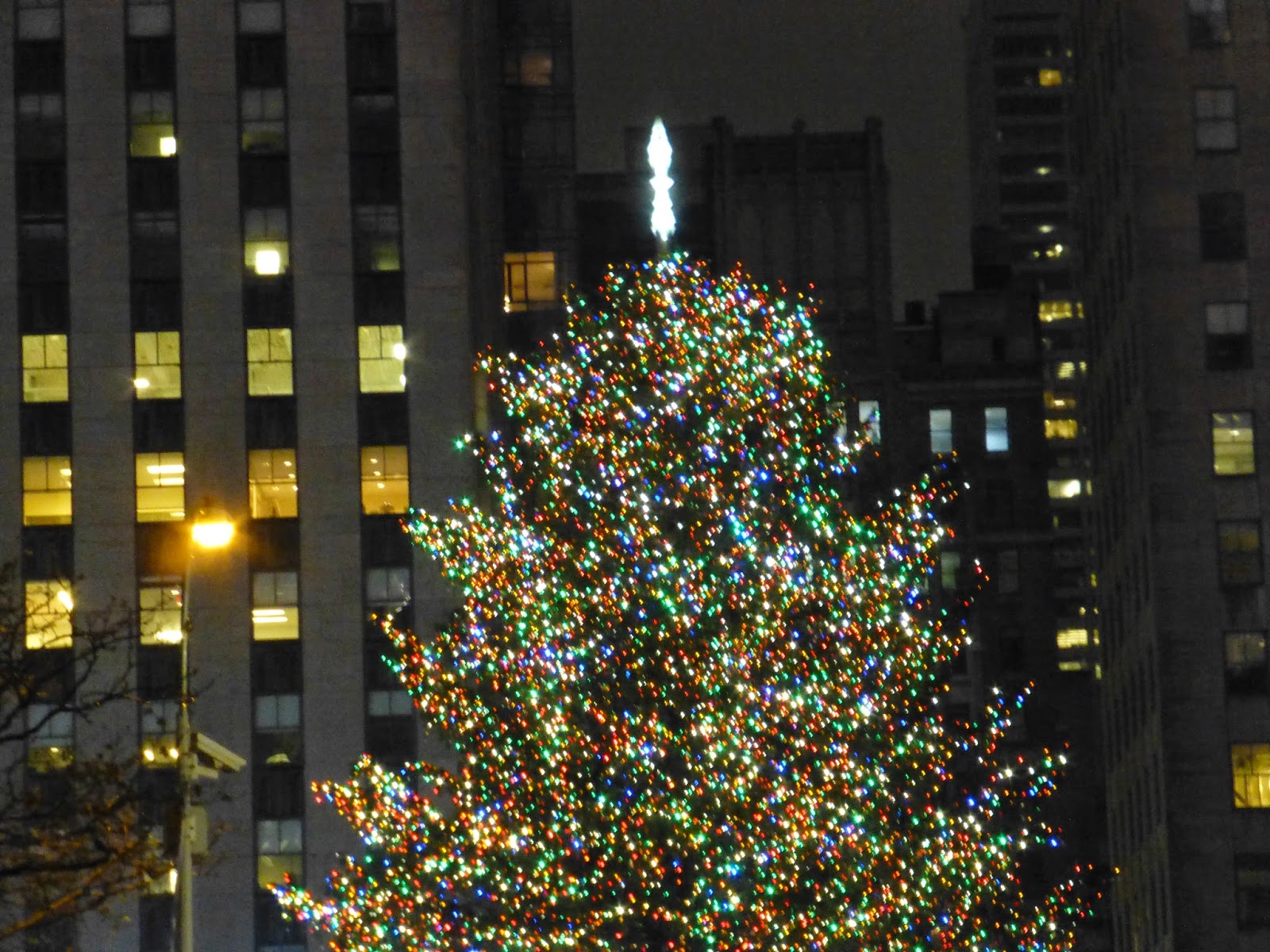 It is still Christmas! Yesterday whilst Andy and I were walking the pugs we saw a sad sight. It was a Christmas tree lying discarded by the roadside awaiting collection. It still looked a good, healthy tree. I felt sorry for it, (I know a bit sad feeling sorry for a tree!) I even mentioned taking it home and making it feel wanted but Andy quickly vetoed that suggestion.

Yet, that sad tree was a poignant reminder of how we rush from one season to the next. On Christmas Eve I noted that certain stores in Ithaca have already started putting out Valentine’s Day chocolates. Let’s linger with the season and enjoy “now” rather than rushing to “tomorrow”.

One of the things enjoyed in Britain are the Christmas Specials on TV. They were part of my childhood and I continue to enjoy them today. So far we have seen the Christmas Special of Downton Abbey, Dr. Who, Catchphrase, Mrs. Brown’s Boys, Carols from Kings, The Boy who Wore a Dress and Call the Midwife.

On Christmas Day we enjoyed the Vicar of Dibley’s The Christmas Lunch first shown 25th December 1996. Even though we could anticipate every line we still laughed. It amazes us how the Christmas Specials can swing from hilarious to serious in a few moments yet carry a strong Christmas message. They are full of the good news of unconditional love, sacrifice for one’s friends, dedication and the message that Christ is incarnate in human form.

The lectionary gospel reading today is about two old people, Simeon and Anna. Their stories are also those of dedication, love, sacrifice and the news that Christ is incarnate in human form.

Anna we are told is 84 years old and has lived in the temple for probably 64 years. (I am assuming she married at 13, lived with her husband till he died when she was 20). Anna, we are told, never left the temple but had given her life to prayer and fasting. In the Call the Midwife Christmas episode one of the story lines is about a young girl probably about 20 who wants to take up the religious life. I won’t say anymore about the plot, or who the character was, as I don’t want to give away any spoilers. Sufficient to say as the young girl bravely faced her future choices it showed the myriad of emotions, in both herself and her friends, connected with her decision. It made me think of Anna in our text today, the young girl who chose the religious life. She dedicated herself to prayer, fasting and serving others.

Her contemporary Simeon did not live in the temple. Yet, he too lived a committed life. We are told he was a righteous and devout person. How is that for a great character reference! The text tells us that he had been told that he would not die until he had seen the Messiah. His life was lived in expectation of seeing the Christ.

Another factor of Christmas Specials is that they often tie up loose ends. The story lines that had been going on throughout the previous season are brought to a conclusion. This year that was particularly true of Downton Abbey. Again I offer no spoilers, but suffices to say lots of things were concluded ready for a brand new start in series six.

Anna and Simeon stories are placed right at the beginning of the gospel yet feel they are tying up loose ends. They are making sure the reader is ready to launch into the history and life of Christ, a new beginning. Personally, I think the writer of the gospel wanted to be sure the message was firmly established. They wanted to leave the reader in no doubt as to whom the babe was. Just in case the stories of the apostles were not sufficient, here are two people, two new witnesses confirming that this babe is the Messiah. These were witnesses who were presumably well known to the temple worshippers. They had credibility. Anna who had lived in the temple in prayer and fasting for 64 years and Simeon who is known as devout and righteous. They were chosen by the author of the gospel to bear witness to the Christ child.

This is the last Sunday of 2014. This is a good time to think back over the year. Perhaps, like the Christmas specials the loose ends are tied up and we are ready to move into the New Year with excitement and anticipation.

Or maybe, like Anna and Simeon we are still waiting and hoping. The human life is about choices, we are continually re-assessing and considering what we are doing or where we are going. We may be pondering a decision, trying to decide what is the best thing to do, we may be waiting and wondering about various things in our lives. We may feel that we have lots of loose ends needing some conclusion.
However, unlike Downton Abbey they are not all going to be solved in a two hour Christmas Episode! Real life isn’t like that! Life is not static, life is a living, moving adventure. Anna and Simeon give us hope we may have to wait a long time, but remember, they saw Christ incarnate!

Perhaps, the important thing to learn from them is not how long we wait when we are making life choices but how we wait. Maybe, that is the lesson from today’s text. Not a hint that Anna and Simeon were impatient or disappointed. Not a hint that their lives had been wasted as they were elderly before they saw what they were waiting for. Look again at the way they are described, devout, righteous, praising, thankful and blessing those around them.

Let’s not discard Christmas too soon. Enjoy the next eight days of Christmas living the message of unconditional love, sacrifice, dedication and Christ incarnate.