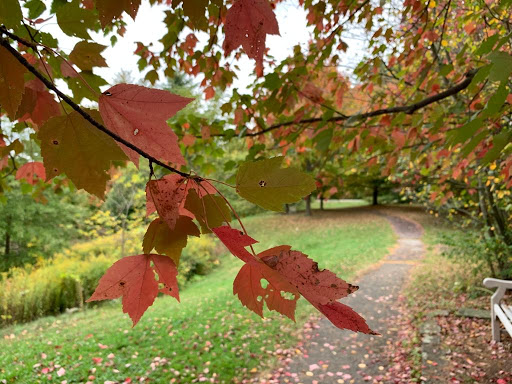 Today’s lectionary reading (Matthew 25: 14-30) is another parable which I consider troublesome. It is the parable where a rich slave owner entrusted his money to three slaves. To one he gave five portions, the next he gave two portions and the last one portion. The first two doubled their money while the third merely kept it safe. On return from a long absence the slave owner praised the first two and reprimanded the last one.

When one starts to really think about this parable, there is nothing easy about it. Obviously, other Biblical interpreters have also considered it difficult, this is illustrated by the many times it has been spiritualized. There is nothing wrong with spiritualizing Bible passages to edify those reading or listening, but it is not an interpretation — it moves beyond the original intent or understanding by the contemporary audience. Not that I am going to pretend that I can even begin to understand the original intent of this parable, I am merely going to offer a few musings on the text.

But before I do that, I am going to continue to bang my drum about interpretation of parables and trying to assign roles to the various characters. This parable illustrates it beautifully. If one assumes the rich landowner portrays God, then it leads to all sorts of problems:

Firstly, the landowner is described as a harsh man,

Thirdly, the landowner was absent —he went away and left his people.

Fourthly, he owned slaves (although I admit, that may not have been as shocking to a contemporary audience.

Fifthly, the slaves were afraid of him.

If one assumes that the landowner equates to God, then these attributes belong to God. It is much better to see the parable simply as a story told to illustrate a point.

Anyway, back to the text — this is a parable about money and wealth. Just because the currency is talents — which has a different meaning in English — that does not change the text. This would not have been understood to be about singing, dancing, woodworking, storytelling or anything else one might be good at. That is completely changing the meaning of the text. This is a parable only about money, wealth and even greed.

Just to give an idea of how much money is being talked about. One talent was worth about 3,000 shekels. It is estimated that it was equivalent to about twenty-years wages for an ordinary worker. Together the eight talents distributed in this parable would equate to approximately one hundred and sixty years of wages! That’s a lot of money.

So, I wrestle with how the realm of heaven is illustrated by this story of the rich slave owner, who made his money by dishonest means and fear. The only way I can make any sense of it is to subvert it. Therefore, I will read it as a critique of contemporary society. I understand the realm of heaven not as some future event but as a way of life for now. Often stories in the gospel expose selfish and uncaring ways which in turn become pointers towards a better way of living; directions for a good life, something to be strived towards. This parable does just that.

In many stories told in the gospels, money-makers are not held in high esteem. The rich got richer through the work of the poor. Often the workers toiled long hours to enable them to eat and feed their families.

Interestingly, this parable was placed by the writer of the Gospel of Matthew as a prelude to the crucifixion story which details the ultimate abandonment and rejection.