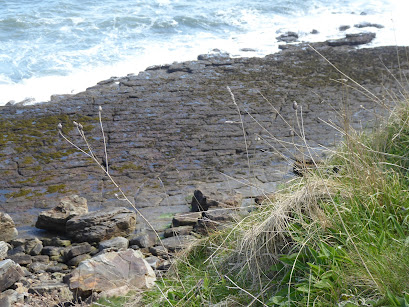 Although Peter is mentioned many times in the New Testament there is no real information about him from before he met with Jesus. Clearly, he was married — he had a mother-in-law whom Jesus healed. I have no idea what happened to his wife. I have no idea if he had children. I don’t know if he saw his family frequently or if they were independently wealthy (no longer needing support from the fishing industry). Actually, I don’t really like to dwell on these too long as the feminist in me rises up at the unfairness of a system where a man could leave all his responsibilities to follow Jesus, I suspect his wife would not have had that freedom. Anyway, I’m not thinking about that today.

Today, I want to ponder on one little phrase which has really taken on an immense significance: “You are Peter, and on this rock I will build my church.”

Over the centuries these few words have been interpreted in different ways. Just a side note about hermeneutics here. I hear it said a lot that something written in the Bible must be true without any regard to varying interpretations. Interpretation is key. When I look at a passage and try to understand what is being said I want to think and ponder about the words used, the audience they were spoken to and later penned for, the prevailing culture of the time, relevance for today, etc. Above all I need to be free from the realm of right and wrong. That is such a downfall, if I make the assumption how I interpret a passage is right then, of necessity, how someone else interprets it is wrong. Oh, what arrogance!

But back to Peter — actually I really love the character of Peter. He is so normal, so impetuous, so loyal, so delightfully human. The words in today’s reading must have filled him with wonder and gratitude.

Yet, the words are not that simple. Over the centuries they have been understood in two significantly different ways. Initially, the interpretation was Peter, himself, was the Rock on which the church was built. Hence, the acknowledgement of Peter as the first pope. Later came the interpretation that Jesus was referring to himself when he talked about building the church. Peter being a little rock in that building. (Please note I am very much oversimplifying — it is still the subject of much ongoing debate focusing around the Greek and Aramaic use of the word rock).

Yet there has been a third interpretation posed, and this is the one I favour. To understand this interpretation, it is necessary to consider the phrase in today’s lectionary reading in conjunction with the parable of the sower (Matthew 13).

This parable is about a sower who scatters seed in various locations and the resulting growth in each of these areas. One of the places the seed fell was on rocky ground. Here it was not deeply rooted so in time of trial it could fall away. I think this is a wordplay. The word here translated as rocky/stony is from the same root as the word used to Peter.

I love the way this description of the rocky ground so fits the life of Peter. Immediately following that parable, is the story of Peter walking on water where Peter boldly steps out but then starts to sink. In the verse preceding the one I am considering, Peter proclaims Jesus as the Christ yet in time of trial denies him. Peter as rocky ground is a wonderfully helpful idea — no one needs to be perfect to be part of God’s community of people.

Do I think it is the only correct interpretation? Absolutely not. That would be really arrogant. Each person must think and study for themselves and draw their own conclusions.

Personally, I find this interpretation really encouraging.  When I think of a Peter who wasn’t perfect, a Peter who made mistakes . . . lots of them, it gives me real hope. Peter who was so very human but could still live a life that made a difference to his contemporaries and those of future generations.