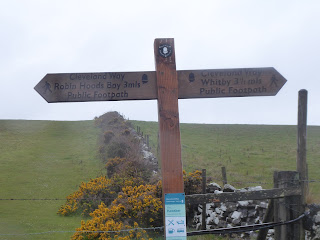 Today’s text is all about the events immediately following Jesus’ forty days in the wilderness (Matthew 4: 1-11). It is a familiar story and one I have blogged on several times.

Jesus went into the wilderness to fast. Fasting is a thread that runs through both Old and New Testaments. I think the placement of this story at the beginning of Jesus’ ministry in all the synoptic gospels was to establish a special relationship to God. Both Moses and Elijah also fasted for forty days thus allowing a connection to be made in the minds of the readers. Personally, I think this was a story made that connection right at the outset of Jesus’ ministry. This is strengthened when one compares it with the transfiguration story, and the references to Moses and Elijah there. I don’t think that is just a coincidence, but a careful placing of texts in the gospels. But I’m not going to delve into that today.

Although, in contemporary times, fasting has been used as abstinence from various other things the actual meaning is refraining from food for a period of time — it is a practice of self-denial of the body. I always think it is strange that as soon as one starts fasting, hunger or desire for food (or whatever food item is being denied) kicks in almost immediately. Even if it is at a time when one wouldn’t normally eat. It says something important about the psychological effect of fasting. But again, I’m not going to dwell there today either.

This year as I read the text, the thought (or word) that came to mind was choices. In the story Jesus was given a series of choices. Decisions needed to be made. Direction needed to be set. The choices that Jesus made have taken on a power for greater than the few verses they are penned on. They are far-reaching and have influenced generations of readers stretching over centuries.

As I read the text it made me think about life as a series of choices. I make choices and have no way to know the outcome of the direction taken. I may sometimes wonder what would have happened if I’d made a different choice — I’m sure others have on occasion wondered the same thing. Yet, there is never any way of knowing what would have happened.

I can glance at this text and consider what would have been the outcome if Jesus had made a different choice. What if the stones had been changed into bread? Maybe the text would no longer speak of temptation. Maybe it would say that after forty days Jesus turned stone into bread to break the fast. Then, possibly, instead of a story about temptation it would have been read as a story about an amazing miracle — even the first miracle! Of course, this is pure speculation — impossible to know what the outcome would have been.

This was simply part of my thinking about choices and “what if’s” in my own life. I always like to think of life as a journey, perhaps choices are the forks in the road. Decisions about which way to go. Choices happen throughout life. Of course, some decisions are easy while others are much harder and not made lightly. Maybe sometimes a different choice would have led down a different path — not better or worse, not right or wrong, just different.

Often trusted companions can help in a difficult choice of which fork to walk down. In the Lindisfarne Community we have many who have chosen to walk alongside those faced with hard choices in their lives — chaplains, therapists, educators, etc. It is a worthy calling to do so. Yet, in the end, each person makes their own choice. Each person walks their own path. Today, my hope is that all who are standing at a fork in their journey will be comfortable and fulfilled with the direction taken.