Adoption: Then and Now 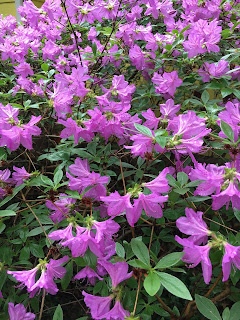 For my lectionary musings today I am choosing to focus on the gospel passage (Romans 8:12-25). It is all about relationship, what better thoughts for the day designated as Trinity Sunday.

The text talks about adoption. Although Andy and I have never legally adopted a child we have lived with that word being prominent in our lives for over three decades. In our career as foster carers we have helped prepare many children for adoption.

I remember one of the first of our foster babies to go for adoption. He came to us at a few weeks old and lived with us for about eighteen months. After a lengthy process, he had finally been freed for adoption and the search for his new family began. I knew the caseworker was going to talk to a couple and ask them if they were interested in the child we were caring for. The next day we were awoken by the phone ringing early. I stumbled downstairs to answer it — this was pre mobile phones! The very excited voice told me that the caseworker had said it was alright for them to phone to ask for additional information about the boy. We talked for nearly an hour, their final words were “we have waited ten years for this, it is our dream come true.” 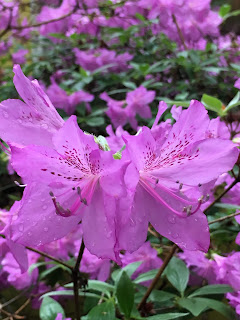 Since then we have been invited to attend court to watch the judge pronounce the adoption legal many times. We have attended the ensuing parties to celebrate the new family. They are always full of joy and hopes for a good future.

In addition, I co-teach classes for prospective foster and adoptive parents. It has been a joy to do so. Then to see the children placed with them blossom in their new families is always enriching.

With this background when I read the passage, the word “adoption” jumped out at me. It is all about relationship and the formation of families. However, I am very aware that the concept of family was different in the times the book of Romans was written. Indeed, even in contemporary culture there are many expressions of family, not just our Western concept of parents and children. Yet, even in the West there are many variations. In my limited experience, I have seen children placed with straight couples and gay couples, with single parents, with older people and younger people, with those who are extending their families, those who have chosen not to have birth children and those who have struggled with infertility.

At the time, Romans was written there were several variations on adoption also. It is a very complex subject with many varying ideas and reasons for adoption in that time period.

Briefly and not so far removed from contemporary times, adoption was used to provide a childless couple with a child. Especially as in those days childlessness was perceived as a shame on a marriage. Yet, adopting infants does appear to have been quite rare. Abandoned infants and children often went into slavery. Therefore, this was not the main understanding of adoption.

In the Roman Empire boys were often adopted by the upper classes to ensure a male heir. Adoption was used to strengthen political, economic and social ties. These males adopted would generally not children but adult males.

Another reason for the adoption was to help a couple in their old age, including participating in and arranging their funeral rites. The adoptee was often an adult and would receive an inheritance as part of the agreement. In some cases, the adoptee would be a slave and their reward may be freedom.

This makes it difficult for us to understand the passage. The concept that adoption is about love and nurture of a child would not have been at the fore-front of the minds of those early readers of the book of Romans. It is more about a legal agreement, which would usually involve inheritance. The passage hints at this different understanding as it equates becoming children with becoming heirs.

The passage then makes an interesting turn, and one which I cannot help but draw attention to, it talks about labour pains. While waiting for adoption, both creation and, in writer of the book of Romans words, “we ourselves” are groaning with labour pains. It is interesting in a time when the readers would be mainly males, when adoption was mainly a male experience that a very feminine metaphor of labour pain is used. This was purely a women’s experience and one from which men were completely excluded. Additionally, the woman in childbirth was ritually unclean. Then, after the baby was born, the male then decided whether to keep the child or to abandon it.

So, an interesting passage, a doorway into another understanding of relationship. For me, one to ponder over the next few days.