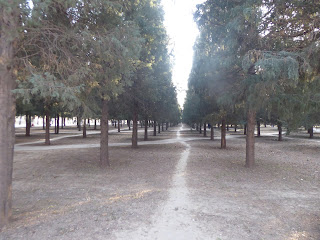 I always find it more difficult to blog about familiar verses as there are so many pre-conceived ideas about them. The lectionary gospel today contains one such verse.

For anyone schooled in Evangelical Christianity this verse will probably be one of the first ever memorized. It appears on car bumper stickers and on billboards outside churches. It has become something of a hallmark of faith for Evangelicals.

The verse is John 3:16. “For God so loved the world (Cosmos) that he gave his only Son, so that everyone who believes in him may not perish but may have eternal life.”

The trouble with overused verses is that they are often just taken as stand-alone texts without much thought to context. This verse is part of a private conversation with Nicodemus, not a public declaration for all. Nicodemus, a Rabbi, who came to talk with Jesus under the cover of darkness. The lectionary passage (and conversation with Nicodemus) end with talking about bringing deeds into the light rather than the darkness. It really changes the whole focus of the verses to read them in the context of being addressed to one person. The author of John clearly used this to show that Nicodemus should be talking openly not hiding in the night.

As I read the passage, perhaps the theme I noted the most was the connection between loving and giving. The outworking of love is giving. Giving is the response to loving.

In the Anglican church’s calendar, the fourth Sunday of Lent is mothering Sunday. It is a time when traditionally people return to their “mother church” and to their families. Perhaps, it is not merely coincidental that this reading which talks about parental love and giving is the reading choice for the fourth Sunday of Lent. Already, I have seen many posts on social media where love for mothers is being declared as this day is celebrated in the UK (and I’m sure even more are given privately). The declarations are accompanied by cards, flowers, chocolates and other small gifts. Loving results in giving.

My family is scattered, my grandchildren live in Asia. Obviously, I love them very much. I like to give to them. I love to plan little treats to send overseas. Of course, I don’t want to give the impression giving is all about material things—it is not. It is also giving of ourselves, it is also hours spent talking to someone, it is kind actions and thoughts—generosity.

So back to the lectionary passage. This passage which is about loving and giving has been used to cause division. This grieves me. In fact, I would go as far as to say it has become one of the most divisive passages in the New Testament. It has questioned one’s personal beliefs. The standard of John 3:16 has been applied and many fall short. Division results. People are either accepted into the fold or dismissed perhaps to be seen as targets to be persuaded to understand these few verses in a particular way. Phrases like “real Christians” or “nominal Christians” or “unbelievers” have sprung up. Today, I want to refuse that kind of thinking. Divisions are horrible and need to be rejected.

Loving and giving are the way forward.