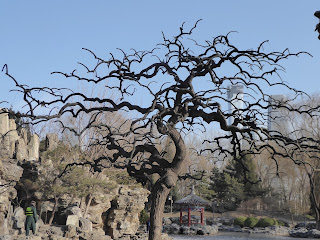 I chose the lectionary passages for Epiphany 6 today. They seemed fitting as the beginning of Lent approaches this week.

It was the New Testament reading that caused me to stop and ponder. I didn’t like the words I read. Dare I say it, I didn’t agree with the words I read. The lectionary passage is 1 Corinthians 9. The text talks about running a race with a determination to win at any cost (24). The phrase used to describe the method to try and obtain this prize is “I punish my body and enslave it” (28).

“I punish my body” those words arrested me. What a distasteful phrase! It is a concept which has had far-reaching effects on contemporary society. It creates the dichotomy that bodies are bad/spirit is good.

This week the organization Weight Watchers have been in the news. Apparently, they are offering six-week free membership to teenagers (thirteen to seventeen). There has been a huge outcry about the harm that could be done to these young people.

The Washington Post featured an article about it. The author of the article writes, “As a health professional and mother, I am appalled.”

Later in the article she explains, “Kids will undoubtedly pay a heavy price for this ‘free’ membership, in the form of body shame. It will not only affect those who participate, but also every other teen who is exposed to the message that some bodies are problems”

Other critics have also expressed concern (google it). In fairness, some have applauded the decision, but most of the articles I read express dismay about possible harm.  Today, the question I am pondering is, “Is this a form of punishing the body?”

Please don’t read this that I am in anyway against healthy eating to maintain the weight healthy for that individual.  However, these are children, possibily entering puberty. The underlying message they may receive is exactly the message of the text today, “I punish my body and enslave it” (28).

Many people choose to fast from some food item as the Lenten season approaches. This is part of their Spiritual journey. So, also, please don’t read this as saying the spiritual practice of fasting is wrong. It is possible to engage in a spiritual practice while being sensible and kind to one’s body.

Another concern is the easily made leap from punishing one’s own body to punishing another’s body. Specifically, punishing the bodies of children and teens (or spouses) to try and enslave them, to bend their will to another’s.

The data show that in the US 67% of adults think it is okay to punish physically children. Worldwide almost a billion children are regularly subject to physical punishment by their caregivers. These figures are shocking.

I have often heard it said that it does no harm to punish a child physically. Evidence does not support that. I have done extensive work looking at the harm caused by punishing bodies. In this blog, I will content myself with just one statistic, that of harming or considering harming (or should I say punishing) one’s own body.

Here is yet another concern. Half of girls aged 15-19, worldwide, think that a husband would be justified in beating their wife. The word that gives me most concern is justified. What gives a human being the right to punish another’s body?

Often, it is passages in religious writings that give credibility to the idea that it is okay to punish bodies to get the desired result.

I thought it was a little ironic that both the gospel and Old Testament readings talked about healing bodies. This text felt a little out of sync. Healing is preferable to punishing.

Therefore, taking the imagery of the author of Corinthians’ passage, as the race is run instead of punishing the body in attempt to be first, why not run the race together supporting and caring for each other (including the body)?

UNICEF, “Hidden in Plain Sight” A Statistical Analysis of Violence Against Children.” https://www.unicef.org/publications/index_74865.html

Murray Straus, Beating the Devil Out of Them. London (Transaction 2009) 73.