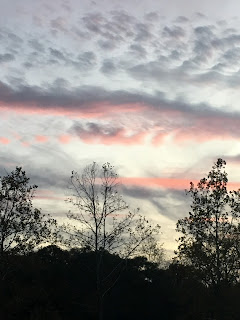 This is the lectionary text, and a very well-known, oft quoted one it is. I confess I remember it in the language of older translations of the Bible —“Render unto Caesar what is Caesar’s”.

In the story, Jesus had been asked if it was lawful to pay taxes to the emperor. His response had been to request a coin and asked of those questioning whose head was depicted on it. This elicited the response quoted above.

A seemingly simple statement, yet so complex. In the United States separation of church and state has long been accepted. It is part of the first amendment to the constitution (adopted 15 December 1791).

Thomas Jefferson reinforced it in a letter to Danbury Baptist Church, “I contemplate with sovereign reverence that act of the whole American people which declared that their legislature should "make no law respecting an establishment of religion, or prohibiting the free exercise thereof," thus building a wall of separation between Church & State.” 1 January 1802. (http://www.loc.gov/loc/lcib/9806/danpre.html)

It has been challenged several times in the Supreme Court. Perhaps one of the more significant times was in 1971 when Lemon v. Kurtzman was argued in the Supreme Court. Very simply the case was about salaries and other payments in religious schools. The crux was should government money be used to fund programmes that teach religious-based lessons? In 1968 Pennsylvania had passed a law that allowed this. Lemon contended that the state was in violation of the first amendment as the state’s general population did not benefit from these preferential religious programmes.  (https://supreme.justia.com/cases/federal/us/403/602/)

Lemon won the case. The Supreme Court found that it was a violation of the first amendment to enact state laws that establish a religious body. This case led to the establishment of the Lemon Test which sets criteria to help determine whether state laws regarding funding for religious bodies violate the constitution. (http://law2.umkc.edu/faculty/projects/ftrials/conlaw/lemontest.html)

I think the separation of church and state is a good thing. It is another safeguard that protects minorities. It prevents any religious entity from getting too powerful.

Do I make a separation there?
Do I compartmentalize my life?

This bit of my life is for God (or a higher being) and this bit is for the state (or the people).

Am I two separate people?
Am I different in varying settings?

We have long talked about no division between sacred and secular. It is the Celtic Way. That life is lived as a one whole complete span not a dichotomy.

In the Understandings of the community number six says “. . . There is a need to break down the difference between the sacred and the secular; to be the same on Monday as Sunday; to be the same at work as at home; to be the same with our family as with our friends and colleagues.” (Way of Living, 19)

So, as I ponder “Give therefore to the emperor the things that are the emperor’s, and to God the things that are God’s.” My conclusion is that for the nation I welcome the separation of church and state, but in my personal life I don’t think I want to make that division. I want to live my life the Celtic way making no distinction between sacred and secular. Striving to live the best life I can. To quote our community prayer a life trying to be “as Christ to those I meet” and “to find Christ within them.” (Way of Living, 16)