The Fickleness of Humanity 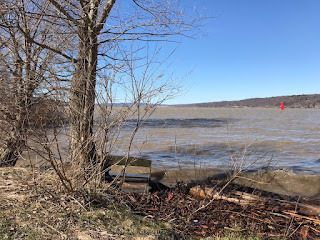 Today is Palm Sunday. The lectionary reading (Matthew 21: 1:11) is the story of Jesus riding into Jerusalem on a donkey. The crowds turned out with cheering and waving branches, acknowledging Jesus as a great leader.

As I read the story each year I wonder again at the fickleness of humanity. When we had very small children in the house, if we watched any kinds of competition, sporting or otherwise, they would decide who to support. However, if the other team started to win, they would change their allegiance. Backwards and forwards but always supporting the winner!

Of course, that changed with maturity as they started to understand about loyalty and consistency. Yet everyone loves a winner. Listen to the roars when a team scores a goal! I still remember as a child when in 1966, England won the world cup in football. One of the team members lived in our small village. As he arrived home everyone turned out to welcome him, the streets were lined as he drove past and the cheers rang out. There was an excitement in the air created by the crowd which, in turn, drove the crowd to cheer even more.

In this story, the same thing is happening. Jesus rode from Bethphage to Jerusalem and the crowds turned out. They were cheering, they were laying cloaks and branches on the ground. A winner was coming to town, energy and excitement were in the air. The writer of the gospel says, “the whole city was in turmoil” (10). The people wanted to know what was happening, what had stirred up the crowd.

The same gospel tells a different story a week later. It is one of pain and suffering, not one of excitement and cheering. I often wonder how many of the crowd who shouted, “Hosanna”(9), a week later shouted “Let him be crucified” (27:22).

It would be interesting to read a Gallup poll on the numbers and percentages, but, obviously, such things didn’t exist. So, one can only wonder . . .

I think this story shows how fickle human beings are. Women’s Ways of Knowing (Belenky et al 1986) is a great book. It details the results of some in-depth research with women. The aim was to try and understand how women think, make choices and decisions about their own lives. I found it interesting that the research showed people will often just go with the majority or follow the opinion expressed by a perceived authority.

This seems to be exactly what happened here for the crowds. While all were cheering, that must be the right thing to do, yet when the call changes to “crucify” the crowd follows.

However, there is hope. Not everyone followed the crowd. Friends and relatives remained at the foot of the cross. Their loyalty remained consistent.