Supporting a Cause or Following a Dream! 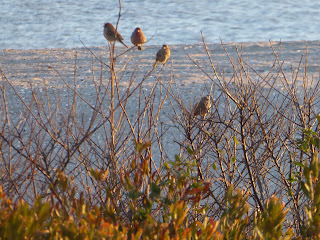 Tomorrow I have a day off school! It is Martin Luther King Jr. day which is an American federal holiday to celebrate King’s birthdate (15 January 1929). It always falls on the third Monday of January.

One of Martin Luther King Jr.’s most famous speeches is “I have a dream” which he gave on 28th August 1963. It is a moving speech where he shares his dream of freedom and equality for all. Yet, it wasn’t just a dream, a hope for the future, something that he would like to see come to pass someday. His dream became a cause, something that he worked for every day of his life. It was a cause he died for.

The lectionary passage today speaks of a similar theme. It is the story of John the baptizer. John, who wanted to see a better future, calling others to change their ways. On this day he was hanging around with two of his disciples. John sees his cousin, Jesus, walking past and pointed him out to his disciples. It is an incredible moment in John’s life, an unselfish moment, when he tells his followers to move on, to follow someone else. Maybe there was a real cost to John in doing that, it is worth thinking about.

The two disciples looked as John directed, and followed.

It seems to be part of what it is to be human; to have dreams of a better future, to find a purpose in life, to pursue a cause which will ultimately help towards the fulfillment of the dream.

It is a theme often repeated in fiction. I have encountered it twice just this weekend.

My habit is to read a few pages on my kindle before I drop off to sleep at night. I am currently reading a book about women in the French resistance in World War 2. The facts and events are well-researched and the story mirrors what was happening at the time. The two heroines of the book both found their own, very different ways to support their cause of a free France.

Then this weekend Andy and I have watched again Harry Potter and the Deathly Hallows, the two-part conclusion to J.K. Rowling’s epic series. It is another story of those dedicated to a cause, pursuing it whatever the cost.  (Yesterday was the first anniversary of Alan Rickman’s death, the wonderful Professor Snape in the films).

Next weekend many thousands of people will travel to Washington DC to be part of the Million Women March. This is to support their cause, bringing attention to “women’s rights are human rights.” I have friends and colleagues who will be travelling to Washington, others will be supporting the cause in parallel marches in their own localities. Their hope is that supporting their cause will be a small step towards the dream of freedom and equality for all.

Dreams are important. They give aim and direction. They give purpose and hope to the life of the dreamer. Causes help fulfill those dreams, or at least take a step in that direction.

Not everyone is going to be a Martin Luther King Jnr, a disciple of John the Baptizer who forsakes family and career to follow a cause or a Harry Potter. However, everyone can have a voice, everyone can make a difference in a small way, everyone can live their lives in a way that seeks to make life better for others.

So today I would urge each of you to dream. However, hard the circumstances might be dream of a better future, dream of freedom, dream of equality. Then take a small step towards that dream.

“Let us not wallow in the valley of despair, I say to you today, my friends.
And so even though we face the difficulties of today and tomorrow, I still have a dream . . .
I have a dream that one day this nation will rise up and live out the true meaning of its creed: "We hold these truths to be self-evident, that all [people] are created equal." (I Have a Dream, MLK)