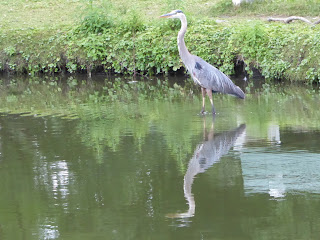 Today the lectionary gospel passage (Luke 14:25-33) is a hard one for us to understand in contemporary times. None of us follow it. None of us do what it says.

There are three main instructions for discipleship contained within the passage:

1. Hate mother, father, brothers, sisters, spouse, children, self.
2. Give up all your possessions.
3. Check you are willing to do all that before you try to be a follower.

It was a passage I read and almost wanted to skip but decided to pursue it. I will follow Phyllis Trible’s advice and shake the passage in the hope it will yield a blessing.

Firstly, as one with an interest in feminist theology. I want to comment on the verse about hating your family. In my list of the requirements for discipleship I use the word spouse, that is how we understand it in contemporary times. However, the actual word is “gunaika” which means woman and wife. Therefore, when the author of Luke penned these verses they were being spoken to males. The females were, as is often the case in the scriptures, invisible. They were not thought of or included. The people who were being called to discipleship were told to hate their wives. If the verses are taken literally they are not for women! I think that is worth taking very seriously and pondering.

Secondly I want to comment on the requirement to give up all one’s possessions. It would be easy to conclude that in this passage the possessions are wife, children and family. The wife and children belong to the male. Once again confirming the patriarchal nature of the passage. It may, of course, also refer to material possessions yet in the Lucan passage there is no thought of selling to give to the poor. This is not a passage about sharing means with those less fortunate. The poor are never mentioned. It is merely a leaving behind and renouncing of all one owns.

In our culture both family and possessions are understood very differently. Society functions in a completely different way. If everyone gave up their homes, their means of income, and disowned family members then society would collapse. The few people who try to do this become reliant on others to support them.

Many years ago I had a colleague who chose not to have a car. It was not for religious reasons but to try and live more simply and care for the environment. A laudable aim. This colleague happily used public transport to work but then wanted to go on vacation. She asked me to take her to the airport about 50 miles away. I agreed. Then I realized not only would I have to take her but also pick her up ten days later. This colleague’s living simply actually meant I did two one-hundred-mile round trips!

I’m not using the story to say that the colleague should not have followed her conscience, trying to reduce car emissions is a good thing. Nor am I saying that I resented taking her to the airport, I did so gladly. What I want to do is use the story to say that if everyone followed the recommendations in this Lukan passage our whole society would change. It would be inevitable. At the barest level everyone who took the scripture seriously would be homeless with no supportive relationships.

So can the passage be interpreted in a way that is relevant for  us today?
Or should the passage simply be disregarded as irrelevant?

When interpreting scripture I often use a redemptive-movement hermeneutic. I used it extensively in my work looking at corporal punishment which I quickly realized was, in large part, a religious argument.

The term redemptive-movement hermeneutic was first suggested by William Webb. It bears much resemblance to other forms of interpretation, in particular the historical-critical method. What is suggested is that when looking at practices in the scripture one has to take into account the practices of surrounding culture. Then note the way the practices advocated are modified so they are somewhat redeemed. This process happens continually as humanity develops and progresses.

A classic example is slavery. To our mindset slavery is abhorrent. Yet it was accepted as the norm in the scriptures. In the Old Testament there are many regulations for the treatment of slaves (Deuteronomy). When the redemptive-movement hermeneutic is applied the contrast between the practices of the surrounding tribes and the treatment prescribed in the text is noted. This shows that improved conditions were insisted upon for slaves. In another of the lectionary readings for today Paul advocated for a slave who had served him in prison. Paul did not advocate that the slave was freed but that he was to be treated as a brother (Philemon 1:16). Time and space don’t allow for fully tracing the history of slavery in the scriptures but even these two citations show a movement in the way slaves were viewed. Of course, neither reflects a contemporary view on slavery. The redemptive-movement hermeneutic allows things to continue moving towards a better position beyond the time frame of the scriptures.

If the redemptive-movement is applied to the passage it allows the freedom to not take it literally. The text can be understood within its own culture. It was said at a time when women and children were possessions, not partners in a relationship. It was said to a comparatively small group of people in a localized setting. Today, everyone would fall far short.

Recognizing that this passage, if taken literally, has little relevance today gives a freedom to explore what seeking after spirituality and discipleship means. So often when a text such as this is read it produces guilt. Often expressed as, “I’m too fond of my family” or “I haven’t given away all my possessions” or “I’m not being true to the scriptures.”

Seeing that there is movement within and beyond scripture allows common sense to be applied.
It doesn’t deter people from seeking spirituality. It is not rejecting family and leaving possessions that are the face of true spirituality for contemporary society. It is helping those who are marginalized or being a voice for those who have no voice or serving society or simply being as Christ to those we meet.