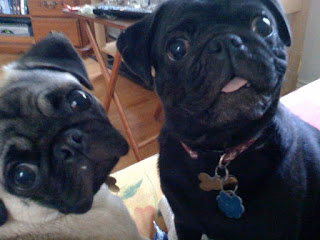 It is the third day of Christmas. I hope you are all having a wonderful Christmas season. Today’s lectionary gospel reading is from the book of Luke (2:41-52).

It is the one story, included in the gospel, about Jesus as a child. It is a very strange account. It really doesn’t show Jesus in a good light, especially if we translate it into a contemporary tale.

Imagine this was in the media today . . .

A twelve-year-old boy goes on a trip with his parents. It is a vacation they take every year. Many friends and extended family travel with them. They are going to the capital city to attend a festival in their religious tradition.

After enjoying the festival, it is time to return home. His parents assume he is travelling with other relatives within their large party. When they reached their overnight stop the parents discovered the boy is missing.

At additional expense, and very worried, the parents set off on the long journey back to the city. They search for the boy but are unable to find him for three days. When they eventually do locate him they ask him why he stayed behind and caused them so much anxiety. He gave them an offhand answer indicating they should have known where he would be.

Of course, in contemporary times police and social services would also be involved. If this had appeared in some of the  newspapers I read online I can imagine some of the comments . . .

So the questions in my mind are
Why is this story included in the gospel?
What purpose does it serve?
What can we learn from it?

As I read it over several times I could only conclude that it was included as part of the gospel to emphasize that the child’s origin was special. The author of the gospel wanted to make a link between the birth stories and the beginning of Jesus’ ministry and chose to do it with a story of the twelve-year-old Jesus.

However, I think the last sentence is the key to the story. Maybe, the detail, the framework is not so significant. The important message is that Jesus “increased in wisdom and in years, and in divine and human favor.” (52)

The first couplet is interesting, “increased in wisdom and in years.” It certainly gives the impression that wisdom grows as one ages. In the gospel text Jesus, as a child, was said to amaze some of the temple teachers with his understanding and answers. The way the story reads indicates that Jesus thought it was time to start taking his place with the teachers. Yet, his mother clearly disagreed. She made him return home with her. She knew he needed time to age and to grow in wisdom. It was more than another dozen years before Mary revealed that it was time for Jesus to start his public ministry.

I think this idea could be of huge importance.  The passage is read on the last Sunday of the old year. It is often a time of reflection on what has been achieved. It is a time when fresh visions and plans for the New Year start to come to mind.

Maybe, this last year nothing has been achieved other than to “increase in wisdom and in years.” Yet, that is a big success. It is preparation time. It is a waiting time but not a wasted time. I think this story shows us the importance of not trying to do things in too much of a hurry. Not to try to do them to soon. Jesus had to wait many years before he was revealed and to start his ministry.

The second couplet can also be relevant today. “To increase in human and divine favor.” I think this speaks to lifestyle while in a waiting period. A aim for a life which finds favor with others. Perhaps expressed best in the words of the lectionary epistle, “clothe yourselves with compassion, kindness, humility, meekness, and patience . . . forgive each other . . . clothe yourselves with love . . . And let the peace of Christ rule in your hearts.

I hope all continue to have a happy and blessed Christmas season.