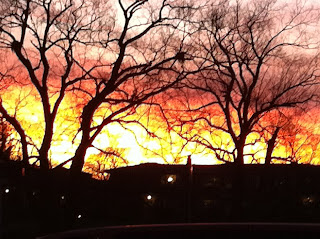 Today our gospel reading is the story of the Magi who travelled from the East to visit the child, Jesus.

As with many New Testament stories there are huge gaps in this one. Tradition has tried to fill them in, through the many nativity artworks and plays that can be seen.  In actuality, the text does not tell us how many Magi journeyed, how long the journey took or exactly where they came from.

Over the years scholars have thought the journey would have taken about two years. Whatever the time frame, it is clear they would not have visited the newborn Jesus. It has also been thought that they came from Persia (Iran).

However, a recent thesis by Brent Landau challenges that view. He analyses some recently discovered, ancient documents including the “Revelation of the Magi”. This shows references to at least twelve Magi. Landau also asserts that the most likely place they came from is China because, amongst other things, the document talks about their land being “Shir” a place where silk comes from. Landau also claims they weren’t astrologers. The word Magi, in Syriac, meant “to pray in silence”. The Magi were part of an ancient mystical sect. It is a very interesting work.  One I have only discovered in preparing this blog. John Crossan said that the document the “Revelation of the Magi” was one of the most fascinating of the recent discoveries and applauded Landau’s work on it.

Landau’s dissertation was called, “The Sages and The Star-Child” (2008) and the book is Revelation of the Magi: The Lost Tale of the Wise Men's Journey to Bethlehem (HarperOne). It is worth casting a glance at both of these.

When I looked at the other readings I noticed that the same concept was found in the Old Testament reading (Isaiah 60:1-6). The phrase there is “your heart shall thrill and rejoice”.

So I pondered, what does it mean to be “overwhelmed with joy”?

Had I ever really experienced that?
Do I even know the depth of what the phrase means?

I have certainly had times in my life when I have, through circumstances, felt a great and deep happiness. Could I call those times being “overwhelmed by joy”?

For the Magi it was linked with a journey, a pilgrimage. They had spent their lives engaged in some kind of mystical journey, then they had set out on a physical journey which would not have been an easy one. Remember how hard it was and how long it took for Mary to travel the comparatively few miles to visit Elizabeth. Finally, the Magi reached their destination thus being overwhelmed with joy.

I wonder if for us, too, there is a correlation between a journey and being overwhelmed with joy. Maybe, one cannot be overwhelmed with joy unless there has been a journey preceding it. The journey is a time of preparation. Maybe it is a struggle and a hard journey. Or, maybe, it is one which is full of excitement and planning. Perhaps most often it is a mix of both. Whatever form it takes it is it is a journey which we have undertaken.

I have for many years (first in UK then in USA) been involved in co-teaching courses for people who want to foster or adopt a child. Amongst the people who want to adopt there are often people who have been unable to conceive. It has been a long and hard journey for them. Often there have six to ten years of various fertility treatments. This journey is interspersed with many disappointments and much grief. The next step on the journey is to apply to become an adoptive parent, this consists of much paperwork, FBI checks, medicals, references, home visit and inspection and a twelve week training course. Then after the completion of all this, is the wait. Every time the phone rings their heart jumps . . . is this it? Then finally a child is placed, yet for potential adopters that is not the end of the journey. The birth parent has many months to work towards their child returning home. There is usually more than eighteen months of uncertainty before the child is legally adopted. I have watched this happen many times. On those adoption days, as the journey comes to a close the parent(s) are overwhelmed by joy!

For the Magi in our story, their arduous journey was over. They saw the Christ child. They were overwhelmed with joy.

Yet that is not quite the end of the story. We are told that they immediately started on another journey the direction of which was determined by the Spirit.

I wonder, perhaps, if that is the nature of life.  We take a journey, we are overwhelmed by joy, then we start another journey . . . it is cyclical!