Jealousy and Superiority! (Year B, Proper 21) 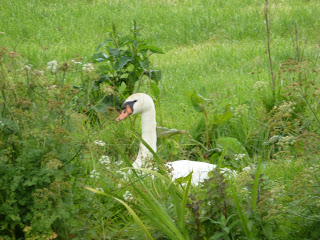 I read today’s passage.  It is quite well known. Yet something about it didn’t quite feel right when I read it alone. It was difficult to know what exactly the author is saying. There seems to be a lot of little snippets of instruction.

So I did what Anne Thurston suggests and “removed the brackets”. I didn’t let it stand alone, but read it as part of a larger section. I included all of chapter 9 and chapter 10 to see if a wider picture appeared.

And it did.  As I read I saw a different picture emerge. I saw that this section was all about superiority and jealousy. Of course, there are lots of other things in the text too, but, for today, I want to focus on these.

The larger passage starts on a high note. At the beginning of chapter 9 we have the story of the transfiguration. Peter, James and John went up a high mountain and saw marvelous things. They heard the revelation that Jesus was indeed God. What an experience! What a privilege for them!

Imagine how that left them feeling . . . perhaps a little invincible, possibly a bit superior. The experience had, as we say, “gone to their heads”.

It seems to me that the following verses are bringing them back to earth. They need to come “down the mountain” metaphorically as well as literally.

This passage is followed by a number of vignettes,

First, a story of how the disciples were unable to heal the child with a convulsive spirit. It left the question from the disciples of “Why couldn’t we do it?”

Next we read an argument between the disciples about who was the greatest. Following that Jesus told them they must be as servants.

Then we have our text for the day where the disciples tried to stop someone else casting out demons and were rebuked for that.

Followed by a bit of teaching about divorce which the disciples didn’t understand and had to ask for private clarification.

After which the disciple were again rebuked. This time for speaking sternly to those who were bringing children to Jesus. Remember in Jesus time children were seen only as property and were marginalized.

In the interest of brevity I will jump a bit to the end of the chapter where James and John asked to be granted to sit at Jesus’ right and left hands in “Glory”. We are told the other disciples were angry with them. So Jesus once again had to call them together and reiterate the way of servanthood.

All this after the heady experience of transfiguration! It is so sad that this high spiritual experience led to these feelings of superiority (stop others casting out demons, give us the best place in glory) and jealousy (others were angry).

Recently I was at a social gathering. Most of the people were extremely nice. It was all set to be an enjoyable evening. However one young man obviously felt superior to everyone else. Perhaps the experience of being hired in a good position in these times when so many get rejections had gone to his head! He started the evening by telling me and some others how all who work in schools are unintelligent and only choose that profession because they liked children rather than had a love of learning.  The attacks were not personal just general “put downs” as he continued throughout the evening. Nevertheless, although he was young enough to be my son, by the end of the evening I felt “bruised and battered” and I was “silenced”.

I recite this only because I don’t want us ever to make people feel like that in the Lindisfarne Community. I think we have found something really special between us. We all have different ministries, many of us are involved in important work, yet we can relate to each other as friends and equals. We don’t have to vie and compete we can be content in that which God has given us. We can truly help each other and support each other.

We can also relate in this same way to those around us. It doesn’t matter if they believe differently  (“not following us”). We can receive from them (they may be as Christ to us be offering us a cup of water) and learn from them. I thought it was interesting that in this text we are not offering the cup of water but receiving it. Often it is harder to receive than to give.

Today’s text also urges us to self examine and remove anything in our lives that is a hindrance to us. (Note it is not a call to judge others it is all about looking at ourselves.) It is hard to take an honest look at ourselves. We don’t always like what we see. Yet, in today’s text we read it has great reward. It is the way to stop petty jealousies and to live in harmony truly serving each other. As our text urges in the final words, “Have salt in yourselves and be at peace with one another.”