Faith and Healing (Year B, Proper 25) 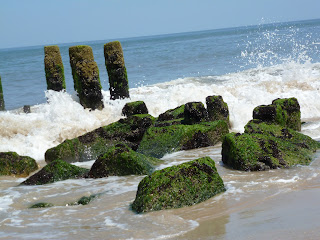 I wasn’t sure whether to call this lectionary musings or eccentric ramblings!

I seemed to have a lot of unconnected thoughts about the passage rather than a coherent flow through it.

My first thought was about the connection between faith and healing. In this story we have a man who was blind who called out to Jesus and was told his faith made him well.

Over the years I have heard it said many times to many different people “just have faith and you will be healed” or “if you had enough faith you would have been be healed”.  It is almost sounds like those with faith will be healthier than the general populous.

In my opinion this kind of thinking just puts a huge burden on those who are unwell, especially chronically unwell. Many years ago a person told me that she believed if people had enough faith they would never die. It is so sad that people have to live under that sort of shadow. To believe they are sick because they don’t have enough faith. That means they will always fall short. Personally, I think that this teaching is nonsense! We are part of a world where sickness and decay are part of every day living, a principle reflected in the changing seasons.

Please don’t hear me wrongly. I will always pray for the sick; I will always urge them to get the best medical care they can (after all that too a gift of healing from God); I will always hope for divine healing (and have seen such on occasion); I will always know that God will be there to comfort and bring peace. Yet, I would never want to attribute a lack of healing to a person not having sufficient faith . . . as Christians we do not have a magic formula that exempts us from illness!

I do think our faith is a huge help in hard times, be it sickness or any other stressful situation we are going through. It is the undergirding of our lives. It supports us. It is the constant that remains stable when our world seems to be tilting.

So with this story I think it is great that Bartimaeus was healed instantly. But I don’t want us to read into it that this is the pattern for all humanity.

The second thing I noticed is the position of this story in the gospel of Mark. Thurston has said a number of times that context is important. I don’t think the gospels are just ramblings of the authors, but carefully constructed pieces of writing to convey a message.

This story is placed in a very interesting position. It follows immediately after James and John’s request for the best place in “glory”. This was used by Jesus to teach them about servanthood. It ends with Jesus declaring that the child of humanity came to serve and would give his life. Then immediately this is illustrated by the story of Bartimaeus where someone who would have been considered one of the lowest in society being called for by Jesus. True servanthood.

The verses immediately following this story are about Jesus’ entry into Jerusalem where the crowds hailed him with loud “Hosannas”. Although Jesus was honoured he was already on the journey to the cross, he was moving towards serving not being served.

This leads to the third thing that caught my attention. This was “the crowd”. In many ways it reminded me of the crowds on Palm Sunday/Good Friday (although in reverse). It made me aware of the fickleness of human nature who can go from hosanna to crucify.

Bartimaeus called out from the gutter for mercy. The crowd “sternly ordered him to be quiet”. The picture I get is that the crowd was quite angry with him.
I wonder why.
Was it because he was in the gutter?
Do we prefer those who are outcasts to be invisible?
Would this have been different if the interruption came from a rich ruler?

Regardless Jesus stopped and called him forward. Jesus saw him (that in itself could be dwelt upon). Immediately, the crowd changed, they called out to the blind man. They encouraged him to go forward. They told him to “take heart”.

I was intrigued by this change in the crowd. How quickly this crowd changed from angry people to encouraging people. Perhaps Jesus was exposing the fickleness of the crowd mentality. I wonder how often we go along with the crowd just to remain in the majority position. We don’t want to cause ripples. Perhaps, this is what Thurston meant when she talked about “Talking back to the tradition.”